CCIE in the Witness Protection Program 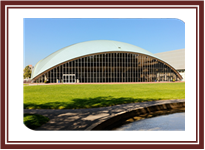 I guess we could be blowing this CCIE’s cover if we share with you the details of what he told his employer.  He said he was in the federal witness protection program and had to change his name.  There are many stories CCIEs share with us here at the CCIE Flyer and all of them are unique.  Here is a great tale of a CCIE on the run and seeking protection from his reputation and certification.   The story began in the hallowed halls of MIT a place he received a PHD in his youth.  He then selected to pursue a career in network engineering.  Along the way he got into trouble and was given protection by the FBI.  Normally about now in my story, I would be warning all you neophytes about the dangers of drugs and associating with nefarious types when not studying for the lab.  Not this time though, because it was all a lie.  Yup the CCDE, CCIE and PHD were all lies told in the interview and the plaques hanging in this guy’s cubicle.

It started five years ago when a pharmaceutical company was seeking a CCIE for their team.  They were happy to find a CCIE who was willing to join their IT department.  This pharmaceutical giant had no requirement for a CCIE cert, but it is considered the gold standard and anyone with the cert makes recruiting the right skills easier.   So it was with much joy that the holder of the CCIE, CCDE and PHD was welcomed into the team.  After decorating his cubicle with his certifications and degrees he began working as a trusted resource.  But one day five years later in a casual conversation Kevin was asked about his CCDE.  “Where did you take the test?” a fellow CCIE inquired.  To this he responded RTP.  The questioning CCIE was surprised because as a CCIE he knew the CCDE exam is given in Chicago.  So Kevin’s CCIE number and name were finally reviewed using the Cisco certification verification tool.  To the surprise of all, he was not listed as a CCIE or CCDE.  Called into the office to discuss this find he confessed that his real name was Kevin Hunt CCIE #11841.  That name and number were confirmed and he went on to explain he had been working under his new name because he was under the protection of the FBI and in the federal witness protection program.
Liar FIRED!
Now that’s a story I want to hear myself!  It was not long ago that I had written about a fake CCIE in Africa.   Since then the fake CCIEs have remained at bay, at least from my requirements, but this one was brought to my attention by the recent hiring manager and Kevin Hunt CCIE #11841 himself.  After five years of successfully hoodwinking his employers this fake Kevin Hunt really blew their minds with the last story he told them.  The FBI witness protection program was a real doozy.  Making up that one was harder than passing the lab!  It might not be the easiest of certifications to earn but it is one of the easiest to verify.  Cisco has a verification tool people!  There are a lot of fakes in this world but the highest paid fakes in IT, follow the highest paid certification they can.  Sure they get interviewed and some can do a fare job of technical questions.  So my question is this, “Why?”  A pharmaceutical does not need to register a CCIE’s number, yet they give CCIEs good homes and pay.
So he is on the run now from the law in real life.  Identity theft is a felony fake Kevin and real Kevin has provided me with the actual filing and report to the authorities.  Now comes the cool part, the fake CCIE will end up in jail right?  Wrong!  He has not stopped, fake Kevin is still out there I just looked on LinkedIn and Facebook where he still claims to be CCIE #11841.  He also claims to be a PHD from MIT and I have a copy of his resume where it clearly states he graduated from The College of Charleston in South Carolina with a BS degree.  Maybe that’s where he learned how to BS?  I think he needs to get his money back because his BS is so thick it is painfully obvious.  The storm over the fake Kevin is so heavy now that three past employers and one co-worker all CCIEs are up in arms.  As I began this piece I had just two complainers now there are five knocking on my door.
The Fugitive 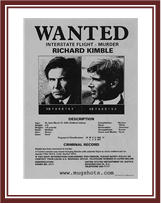 Is there no justice?  Maybe a raging mob storming the cube the liar is lying from would be a cool scene for a movie but the fact is he got his information from the Wall of Fame where he located a person with the same first name, Kevin, then began his job search as a CCIE.  The real Kevin Hunt was contacted by two of the fake Kevin’s …err ahh… fake CCIE’s past employers as they were trying to verify his CCIE number using the verification tool.  Funny thing is the LinkedIn profile does not list the previous employers that smoked him out and he still claims he has a Top Secret clearance and has been a successful CCIE and Senior Network engineer on many Department of Defense projects.  Oh it also states he has a degree from MIT.  Why would you hang that kind of achievement in an office cubicle anyway?
This from the real Kevin Hunt;
“Below are 3 folks that have come across Mr. Kimbrell's shenanigans.  At least one of them works for a company that actually hired him.  If either of you know Mr. Feeny, you'll know he's as angered by this as any of us.
Following this email you will get an email with attached email communications with the below, as well as the police report I filed in February of 2008.
Of particular interest is that he told NWN that he dropped the name Hunt from his name legally because his father was put in prison for beating his mother and didn't want to carry his father's last name anymore.  The kindest thing I can say about this guy is that he's a damn poor use of carbon.
Regarding the article, I'd humbly ask that you state that you've been in contact with the "real Kevin Hunt CCIE #11841" and that I actually do exist and am not Kimbrell.  I own several successful companies, but a few bad decisions can cause any business owner to need to look for employment.  If I were a head hunter I'd have all resumes w/ #11841 sent to the bit bucket immediately...”
His real name kind of sounds like Richard Kimball the victim of the movie and TV show, “The Fugitive”.
This from LinkedIn:
Education and certification
• Masters of Science in Computer Science – MIT
• Project Management Professional – PMI
• CCIE – Cisco Certified Internetwork Engineer
• CCNA – CCNP – CCDA – CCDP - Cisco
• MTCS – Microsoft certified technology specialist
• MCM – Microsoft Certified Master
• MCA – Microsoft Certified Architect
• CCDP – Cisco Certified Design Professional
• RHCE – Red Hat Certified Engineer
• Microsoft Certified Systems Engineer

US Department of Homeland Security

As Rod Serling might say, venture with me if you will into the Twilight Zone…….Du Du Da Dahhh

Well at the department of homeland security they were able to find Cat Stevens when searching for Osama Bin Laden, (don’t get me wrong I for one was really happy we found Cat Stevens, I mean I really did buy all his albums back in the 70s!) so it does not surprise me that they found the fake CCIE #11841 while looking for the real one.  It says on the fake’s LinkedIn profile that he works there now and has for the past year.
Resume still says, “Kevin Kimbrell – Hunt”
Everywhere else his name is minus the hyphenated Hunt.  That’s funny; Kevin Hunt CCIE #11841 has the same last name!  I’m confused….
Posted by Nickelby at 11:53 PM

Thats too funny. Thanks for sharing. I actually went to MIT with the guy you are referring to. I'm shocked by this information as he seemed to be a very bright beaver, but I guess time can change anyone. If its the same guy he got into MIT after going to COC and scoring a 1550 on his SAT's. Last I heard though he left MIT without completing his thesis needed to complete the PhD program. Maybe thats when he started hiding in plain sight :) He was in the top of his class. Its a shame he would feel he needs to fake something as small as a CCIE after all that lol..

A lot of guys out there knows what Gmail is but not everyone knows most of the uses of Gmail.in this article I would be taking you on a ride on what can you do on Gmail. CLICK HERE TO KNOW MORE.