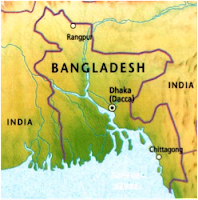 Along the banks of the Buriganga River Dhaka is a bustling hive of technology and business in Bangladesh.  Described as a MegaCity it is one of the major cities of South Asia.  Dhaka is the location of the CCIE Flyer’s first Asian CCIE Expo.  On October 25th – 29th 2010 the Fantastic Four of CCIE training will arrive in Bangladesh brining three simultaneous CCIE boot camp tracks for the first Asian CCIE Expo. 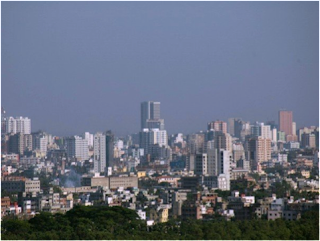 Eman Conde CCIE Agent™ known to many CCIEs around the world will play ring master to an historic and memorable week of training and networking
The first people to sign up for each of these three tracks will be hosted at a private dinner with the instructor for each track to discuss your professional goals and interests.  The first five to sign up for each of the tracks will be hosted by Eman for dinner one evening each during this event.  So hurry and get registered to enjoy this special honor.
Networking is so important for your career and this is a great way to build your network and to prepare for the most prestigious IT certification in the world.  The Fantastic Four of CCIE training will help enhance your career in many ways.
If you are interested in signing up please send an email to Eman@ccieflyer.com
Prices for early sign-ups begin at $1,700 for R&S and SP and for Security $1,999!
Posted by Nickelby at 6:27 PM 2 comments:

There are times that news is just too important to hold off on writing about it until the next release of the CCIE Flyer. Well this is one of those times! I have been monitoring some of the on-line forums and twitter etc…and I have heard that Cisco is going to lower the fee to $1,000 from $1,400 for the lab! Wow this is great and congratulations Cisco for doing this. I saw recently that the declining numbers in the CCIE population have caused the post on these numbers te be removed. This was a shock to me because I was putting together a presentation for Western European emerging markets I am delivering in two weeks. As I searched for the details from the normal site O realized it was no longer there. So I am concerned that maybe someone decided to stop posting bad news. Well the good news is that in other emerging markets the populations numbers are still slowly growing. So there American fat cats take that! (I did take a look at my scales before making that comment by BTW and sadly yes I am a fat cat here in the USA to)

The point is that I just today received an email from an aspiring dual CCIE from Africa. This engineer had to sell his TV and entertainment systems to pay for a lab. Taking this guy’s money was like stealing candy from a baby. I urge he gets it back but the system works as it does and I have no real influence, but you do. You the CCIEs and Cisco engineers out there in the world can wag the dog. You are a mighty big dog that influences the purchasing decisions of corporations that influence commerce around the world. You the lowly Cisco network engineers. It seems some of you have been heard because I hev heard it through the grapevine that Cisco is lowering the price for the CCIE labs to $1,000. This is a great next step after the Waiver and the Core Knowledge Questions (OEQs) have passed into history.

Kudos, Props and Thanks

Really. I was so excited I had a Margarita with lunch. Kudos Learning at Cisco, Props management teams that took this challenge on and Thanks to the rest of you who made this possible. I have even read that this was going to be announced at Cisco Live in June. Wow, it’s only May and we are talking about it already.

At a time when the numbers are on the decline and published and unpublished efforts have been made to keep the certifications pure this is a great move. Hello, I am a recruiter and given bodies to recruit I get all pimply and excited. So getting the numbers up using an equation that includes discounts is a recipe for success.

So let’s all look forward to the announcement in June at Cisco Live – Networkers. See you there!
Posted by Nickelby at 5:08 PM No comments:

The price of CCIE Boot Camps is coming down and we are leading the charge with pricing that is affordable and taught by the best of the best. In Wilmington, DE just 20 minutes from the Philadelphia International Airport the CCIE Flyer CCIE Expo is drawing future CCIEs and CCIEs looking for that second or third certification. From now until June 4th we are offering the R&S or SP course for just $1,499! If you select the Security or Voice classes they are just $1,999! Go to www.ccieagent.com and click on the training tab. We have secured incredible pricing for suites in the Nemours building for jus $70 a night. These rooms are huge and convenient to all transportation like the Amtrak just 6 blocks away. Come join us in the home of tax free shopping for an exclusive venue.

I would like to say thanks to the three tenors er CCIEs who in their first PodCast mentioned my efforts in working to push prices down. Go have a listen to Greg, Dan and Ethan as they share their views on several subjects including the price of CCIE Boot Camps.

Posted by Nickelby at 9:51 AM No comments:

Come Join CCIE Jobs on LinkedIn or go to www.cciejobs.com

Posted by Nickelby at 1:24 PM No comments: